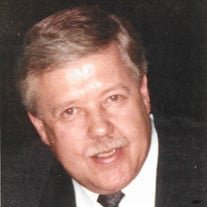 Anthony J. Ward passed from this life into eternal life with Jesus Christ, his savior, on Saturday, January 16, 2021 in Owasso, Oklahoma. Anthony was born on December 6, 1942 in Brooklyn, New York, the son of Francis L. Ward and Antoinette M. Cirillo. Tony has over forty-five years experience in Intelligence, Security and Law Enforcement. He is a graduate of the FBI National Academy. Tony served as a Senior Criminal Investigator and Special Agent with the U.S. Army and the Federal Government. He also served as a Military Intelligence Agent working in Counterintelligence and Special Operations overseas. Tony served in the Vietnam War in 1967 and ‘68 as well as several oversea assignments. Tony has extensive expertise in counter terrorism and hostage negotiations. This includes a Presidential appointment to the Critical Collections Committee to Combat Terrorism. He has served as a guest instructor and lecturer at the FBI Academy on international terrorism and hostage negotiations as well as working with multiple foreign government agencies on terrorist activity. After retiring as a Chief Warrant Officer 4 in the U.S. Army, Tony worked as a Special Agent with the Nuclear Regulatory Commission in the Inspector and Auditors office. From there, Tony transferred to the US Department of State where he was Regional Security Management Officer for the Construction Security Management Division of the Foreign Building office. In this position, he covered all Sub-Saharan Africa, all of East Asia, the Pacific, as well as a portion of the Middle East. He managed a budget of $53 million dollars and over 200 Top Secret American security personnel. His responsibility included the safety of American citizens and U.S. Government facilities from terrorist, criminal attacks, and electronic monitoring. After his service with the federal government, Tony moved to Lake Kiowa, Texas where he was elected Texas Constable in Cooke County. His area of responsibilities covered 450 square miles and required both law enforcement and civil processes. He served the people of Texas for eight years and then retired to Owasso, Oklahoma. Tony married his best friend Linda Haug on December 20, 1992. In retirement and throughout his life, Tony was well known for his story telling and his love of cooking and feeding guests. He will be greatly missed. Tony is preceded in death by his parents; a brother, Thomas Ward; brother in laws, Mike Haug, Dennis Murphy, John Butler and Jerry Jaeckel. Tony is survived by his wife; Linda Ward, of the home, two children; Carl Ward and daughter-in-law, Cherie of Sykesville, Maryland and Monique Tribolet and son-in-law, Scott of Isle of Palms, South Carolina; four step-children, Kim Boysel and son-in-law, John, Chris Condren and daughter-in-law, Michelle, Kelly Condren and daughter-in-law, Stephanie, and Nikki Long; ten grandchildren; Daniel, Brooke, Lexi, Dylan, Dane, Kaitlin, Jack, Cianna, Jaide, and Rachel; sisters, Joanne Kennedy and her husband John, Rosemary Jaeckel, Barbara Murphy, many loved nieces and nephews; and his beloved Uncle Nick Cirillo and many friends. In lieu of flowers, the family request memorial contributions in Tony's name to St Judes Children's Hospital at stjude.org/donate Services for Anthony will be held 11:00AM Thursday, January 21, 2021 at the Fort Gibson National Cemetery Pavilion in Fort Gibson, OK with Military Honors. The family of Anthony Ward has entrusted his care, services and burial to Clifford D Garrett Family Funeral Home, Fort Gibson. 918-478-2555.

Anthony J. Ward passed from this life into eternal life with Jesus Christ, his savior, on Saturday, January 16, 2021 in Owasso, Oklahoma. Anthony was born on December 6, 1942 in Brooklyn, New York, the son of Francis L. Ward and Antoinette M.... View Obituary & Service Information

The family of Anthony 'Tony' Ward created this Life Tributes page to make it easy to share your memories.

Anthony J. Ward passed from this life into eternal life with...

Send flowers to the Ward family.