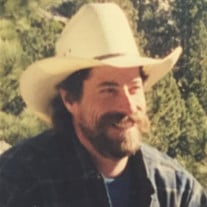 David Leroy Gotcher, 54, of Fort Gibson, Oklahoma was born May 19, 1961 in Watsonville, California to Lee Roy and Gladys (Lawson) Gotcher, and passed away Tuesday, March 22, 2016 in Tulsa, Oklahoma. David grew up in California, where he attended school, playing baseball and soccer in High School. David learned the home building trade from his father; Lee. Together they built many custom homes in the Pebble Beach, Monterey area. David met the love of his life and his soulmate Laurie Ackerman in California and they exchanged vows on April 20, 1996 in Lake Tahoe, CA. To this union a daughter Lacey Gotcher was born. Later they moved to Fort Gibson where David and Laurie built their home where their bond of marriage was solidified. Amazing attention to detail and love was the catalyst that made their house a home. David loved the town of Fort Gibson and the people in it. Spending time with family was David’s passion. Afternoons were spent on his porch swing and barbequing on the back deck of the house. He loved to fish at the Fort Gibson Dam and lake. Many summer days were spent camping at Petit Bay on Lake Tenkiller. He enjoyed hunting hogs with his dogs, raising chickens, playing with his dog Porchia and playing poker. Every year a beautiful garden was planted, and he loved to cook what he had grown. David was a landscaper, painter, cabinet maker, and was the best at what he did. He was called coach by many as he led his daughter’s soccer team along with U12 boys and girls both in Fort Gibson and California. David was preceded in death by his father; Lee Roy Gotcher. Those left to cherish all the great memories are his wife; Laurie of the home, daughter; Lacey Gotcher of Fort Gibson, OK, brother; Terry Gotcher and wife Loree of Watsonville, CA, cousin; Valarie Vickrey of Fort Gibson, OK, brother; Rick Gotcher of Lake Tahoe, CA, mother; Gladys Gotcher, nephew; Brett Gotcher and niece; Lia Gotcher all of Watsonville, CA, his dog; Porchia of the home and many friends. At David’s request a private family service will be held. The family of David Leroy Gotcher has entrusted his cremation to Clifford D Garrett Family Funeral Home and Cremation Service 1224 E Poplar/PO Box 1973 Fort Gibson, OK 918-478-2555. Online condolences may be left at clifforddgarrettfamilyfh.com

David Leroy Gotcher, 54, of Fort Gibson, Oklahoma was born May 19, 1961 in Watsonville, California to Lee Roy and Gladys (Lawson) Gotcher, and passed away Tuesday, March 22, 2016 in Tulsa, Oklahoma. David grew up in California, where he attended... View Obituary & Service Information

The family of David L Gotcher created this Life Tributes page to make it easy to share your memories.

David Leroy Gotcher, 54, of Fort Gibson, Oklahoma was born May...

Send flowers to the Gotcher family.