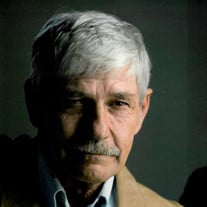 Harry Truman Nail, Jr. “Bull”, 71, of Wagoner, was born to Harry, Sr. and JennaBelle (Fowler) Nail on April 6, 1951, in Muskogee and peacefully passed away Thursday, June 16, 2022, in Tulsa. Bull is survived by his daughter, Sara Branchcomb and husband, Nathan of Talala, OK; sons, Joshua Nail and wife, Jessica of Wagoner; Samuel Nail and wife, Nicole of Mindoro, WI; and Chance Nail and wife, Prestina of Broken Arrow; seven granddaughters; two grandsons; brother, Raymond Nail and wife, Betsey; and sister, Genevieve Jones, all of Colorado. Bull was a man of God. He enjoyed his in-depth Bible studies and sharing his faith with his family and friends. He was also a man of many talents such as woodworking and mechanics. Bull was very creative; if he could think it, he could make it. Spending time with his kids and grandkids was always a highlight of his days. Bull’s kind-heart and thoughtful words will be missed dearly by all of those who loved him. Harry is preceded in death by his parents; brothers, Donald Nail, Willie Nail and David Jones; his sisters, Ruth Jones and Wilma Jones. A Celebration of Life for Harry Truman Nail, Jr. “Bull” will be set at a later date. The family of Harry Truman Nail, Jr. “Bull” has entrusted his care and cremation to Clifford D Garrett Family Funeral Home, Fort Gibson. 918-478-2555. Online condolences may be left for the family at clifforddgarrettfamilyfh.com

The family of Harry Truman Nail, Jr. 'Bull' created this Life Tributes page to make it easy to share your memories.