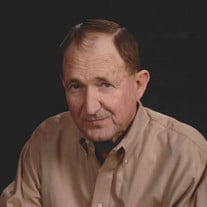 James Gordon Staton, 68, of Fort Gibson was born October 11, 1949 at his family home in Fort Gibson to Gordon and Dorothy (Cramer) Staton and went to be with his Lord and Savior on Wednesday, September 26, 2018, in Muskogee with his loving family by his side. James graduated from Fort Gibson High School in 1967 and Okmulgee State Tech in 1970 where he earned a degree in Heating, Air Conditioning, and Refrigeration. James was a hard worker and a perfectionist in whatever his profession. He quickly decided his joy and passion was to be in carpentry and construction. In high school his favorite class was Trade and Industry. His teacher was Harold Odell whom he thought was the best. Over the years James worked at Acme Reese, P&H Supply, and Stephens Manufacturing. He finished his career as a cabinet salesman at Woodworthy Inc. His hobbies were mainly woodworking. James’ experience with his employment provided him with his skills in building and woodworking. He designed and built custom homes from the ground up and even drew up the house plans. James retired in August 2008 from Woodworthy, Inc. where he measured and designed layout for cabinetry. He married the love of his life, Vickie Gauntt on July 2, 1970. He had great pride in his children, Kelly and Kim, and his grandkids Audrey Kate and Chase. “Papaw” was known for always saying to his grandkids, “Where is my hug”. They were the joy of his life. James received his salvation, and was baptized on October 5, 1958. He was a loyal member of First Freewill Baptist Church of Fort Gibson, where he received a certification of 93 months of perfect attendance. James was preceded in death by his parents; brother, William (Dub) Staton; and sister Paulette Staton. Those left to cherish his memory are his wife, Vickie of the home; children Kelly and wife Sandra Staton, Kim and husband Wesley McLain; grandchildren, Audrey Kate Staton and Chase Allan McLain; brother, T.A. Staton and wife Myrtle; sisters, Louise Eubanks, and Geneva and husband John Eaton, extended family, and many friends. Viewing will be held Saturday, September 29, 2018 at the Clifford D Garrett Family Funeral Home in Fort Gibson from 9AM-5PM. A celebration of James’ life will be 10AM Monday, October 1, 2018 in the First Freewill Baptist Church in Fort Gibson with the Pastor Tommy Honeycutt officiating. Committal prayers and interment will follow in the Citizens Cemetery in Fort Gibson with Hugh Eubanks, Tom Staton, Wade McLain, Tim Gauntt, Darryl Gauntt, and Will Freniere serving as casket bearers. Honorary casket bearers are Doyle Boling, Kelly Staton, Wes McLain, Randy Gilbert, and T.A. Staton. The family of James Gordon Staton has entrusted his services and burial to Clifford D Garrett Family Funeral Home, Fort Gibson. 918-478-2555. Online condolences may be left at clifforddgarrettfamilyfh.com

James Gordon Staton, 68, of Fort Gibson was born October 11, 1949 at his family home in Fort Gibson to Gordon and Dorothy (Cramer) Staton and went to be with his Lord and Savior on Wednesday, September 26, 2018, in Muskogee with his loving... View Obituary & Service Information

The family of James Gordon Staton created this Life Tributes page to make it easy to share your memories.

Send flowers to the Staton family.