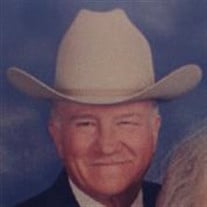 Jerry Duane Emmons, 72, was born October 19, 1942 in Okmulgee OK, to Jerome and Lois (Powers) Emmons and joined his Heavenly Father, Monday, March 16, 2015 at his home in Fort Gibson with his family by his side. Jerry grew up in Fort Worth, Texas where he attended school and graduated from high school in Lakeworth, Texas with the class of 1960. Jerry met the love of his life, Beverly Long while attending school in Lakeworth, TX and on April 12, 1961 they were united in marriage. A marriage vow that stood the test of time of 53 years, eleven months and four days. Jerry and Beverly moved to Fort Gibson where he continued his career with the Oklahoma Department of Public Safety serving as a Driver’s License Examiner and State Trooper for Tulsa County. Many excited sixteen year olds received their driver’s license under the supervision of Jerry. Not long after retirement Jerry started his second career with OG&E retiring in August 1994. In his spare time, Jerry had his own jewelry business calling it Leaning Tree Creations where he created custom jewelry and did jewelry repair. He loved to shoot guns and was first place sharpshooter ten years running at the OHP Sharpshooter Trials. He was an avid hunter as evident by the number of deer, elk and antelope that grace the walls of his home. Jerry loved to write hunting stories of which some were published by the American Hunter Magazine. He also wrote gospel songs, Biblical stories and quotations which are still used today in his home and his church, Fort Gibson Church of Christ. Jerry’s love for his family and his Savior Jesus Christ was evident by the way he lived. Jerry was preceded in death by his parents; Jerome and Lois Emmons and a brother; Gordon Emmons. Jerry is survived by his wife Beverly of the home, daughters; Karen Clark and husband Frank, Kathy Avery and husband Joe and Karla Taylor, grandchildren; Alexandra Taylor, Zachary Taylor and Rachel Avery and his sister; Ramona Allums. A funeral service celebrating the life of Jerry D Emmons will be held 10:00 AM Friday, March 20, 2015 at the Fort Gibson Church of Christ with Minister Dan Rouse officiating. Committal prayers and interment will follow at the Sonora Cemetery in Okmulgee County with John Burdine, Randy Cocke, Roger Coombes, Dean Goss, Joe Hammond, Jack McFarland, Jerry Perry, Jerry David Walker and Jerry L. Walker serving as casket bearers. In lieu of flowers, Jerry request donations be made to In Search of the Lord’s Way PO Box 371 Edmond, OK 73083 or Truth for Today 2209 Benton St. Searcy, AR 72143. The family of Jerry Duane Emmons has entrusted his services and burial to Clifford D Garrett Family Funeral Home 1224 E Poplar/PO Box 1973 Fort Gibson, OK 74434. 918-478-2555. Online condolences may be left at clifforddgarrettfamilyfh.com

Jerry Duane Emmons, 72, was born October 19, 1942 in Okmulgee OK, to Jerome and Lois (Powers) Emmons and joined his Heavenly Father, Monday, March 16, 2015 at his home in Fort Gibson with his family by his side. Jerry grew up in Fort Worth,... View Obituary & Service Information

The family of Jerry Duane Emmons created this Life Tributes page to make it easy to share your memories.

Send flowers to the Emmons family.