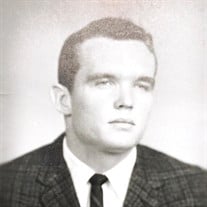 Jimmy Glenn Reid was born December 10, 1942 in Shreveport, Louisiana to James J. and Wanda Mozelle (Knopp) Reid. After his father returned from WWII, the family moved to Ft. Sumner, New Mexico and lived and worked on a vast cattle ranch owned by oil magnate, JP “Bum” Gibbons. Jimmy described this as the best time of his life. It was here he learned to rope and ride. He once met famed WWII hero and western movie star, Audie Murphy at a local rodeo. Mr. Murphy let Jimmy, who was six at the time, ride his horse and commented to Jimmy’s father that the boy really knew how to ride. His father replied, “Well he ought to! He’s been riding since he was three years old!” On Saturdays when the family would make the long drive into town to do the shopping, Jimmy and his mother would go to the picture show to watch Roy Rogers while his father played at the domino hall. His love of western movies never waned. When Jimmy was eight the family left the ranch and moved to Midland, Texas then Odessa, and finally settled in Fort Gibson. Jimmy played football and rode horses with “The Bayou Boys”: Frank Ross, Leonard White, Danny O’Dell, Ray Stevenson, and La Ray Ross. He was a proud graduate of Fort Gibson High School; class of 1961. He attended Connors State College on a football scholarship later that year and met Patty. They were married January 17th, 1963. He later attended Northeastern State College graduating with a BS degree in Education in 1965. On the day of his graduation, he and Patty had the car packed and loaded to move out. While they attended his graduation ceremony, their renthouse on Goingsnake Avenue was being dozed down to build a new home in its place. When his name was called and he received his diploma, he did not return to his seat for the rest of the ceremony. He continued to the exit. A couple of professors tried to stop him at the door, but he told them he had a job to get to in the oilfield and kept on walking. He began his career with Amoco, living in Countyline and later Watonga, Oklahoma. In 1972, he left Amoco to join Ramsey Engineering in Oklahoma City. He and the family lived in Norman and in December of 1974, his daughter, Jameie, was born. In 1977 he started is own business, Reid Drilling Management, providing supervision for drilling, completing and operating oil and natural gas properties. The company did work in Oklahoma, Texas, Kansas, and Colorado. Some time later, he met his friend and business partner, Thomas Hart, who he described as a brother. Together, they formed an oil and gas investment corporation called Profit Production, Inc. In the early 1990s, he travelled to Russia to work with oil production there teaching them modern drilling methods. In 1997, he left Profit Production to spend more time with Patty in Fort Gibson on their Broken R Ranch. He and Patty enjoyed this time and went on many adventures hunting and fishing all over the West. On December 10th, 1999, his first granddaughter, Katie was born on his 57th birthday. Jimmy was proud to share his birthday with both her and his beloved grandfather, AJ Knopp, who was born December 8th, 1899. In 2004, his second granddaughter, Keri, was born bringing the family total of December birthdays to six. Jimmy and Patty enjoyed sharing the ranch with Brandon and his girls. On November 30th, 2019 at 6:30 pm, just five and a half hours short of being another December birthday; his great-grandson, Reid William Parris, was born to Katie and Hunter Parris. Jimmy was a very private man, especially about his faith. Over the years he would talk about the Lord’s return with close family and looked forward to it, and even more so since Patty’s passing. He would never fail to quote the lyrics to his favorite hymn, “Jesus is Coming Soon”. Jimmy’s ashes will be joined with Patty’s on the top of Red Berry Mountain on the Broken R Ranch. A Celebration of Jimmy’s life will be 11:00AM Wednesday, June 9, 2021 at Clifford D Garrett Family Funeral Home Chapel in Fort Gibson, OK with Pastor Jacob Morris officiating. The family of Jimmy Glenn Reid has entrusted his care, cremation and service to Clifford D Garrett Family Funeral Home, Fort Gibson, Oklahoma. 918-478-2555. Online condolences may be left for the family at clifforddgarrettfamilyfh.com

The family of Jimmy Glenn Reid created this Life Tributes page to make it easy to share your memories.

Send flowers to the Reid family.