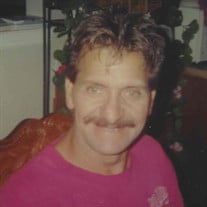 Jimmy Ross, 75, of Tulsa, peacefully passed away Saturday, December 21, 2019 at Hillcrest Medical Center, Tulsa, OK. He was born May 3, 1944 in Muskogee, OK to James F. and Vernon (Reid) Ross. Jimmy received his former education from the Indian Boarding School from the 2nd through 12th grade. On February 4, 1964 he enlisted in the Army National Guard, in Haskell, Oklahoma. He received an honorable discharge on February 3, 1970. He lived in Muskogee from 1980-2001 and then made his home in Tulsa, OK from 2001-2019. He married the love of his life Phyllis Lynne Pitts in Muskogee on September 20, 1985, spending 34 years three months and one day together. Jimmy worked for HSI as a welder and retired in 2017. He worked in the oil field industry as a welder for over 30 years. He was a faithful member of Evangel Assembly/Lifepoint and Carbondale Assembly for many years. Jimmy was a kind hearted, loving and a hard-working man. His legacy of love and devotion will live on through his family. He enjoyed life and will be greatly missed. He is survived by his loving wife Phyllis of the home; daughter, Christi Jordan and spouse Karry of Tulsa; sons, James Eggar and Clinton Eggar both of Sweetwater, Texas; granddaughter, Kylie Jordan; grandson, Colton Jordan both of Tulsa, OK; sister, Joann Denton; brother, Charlie Ross both of Muskogee; five nieces and four nephews and many friends and family. He was preceded in death by his parents; sisters, Thelma Ross and Shirley Ross; brother, Richard Davis. A memorial service celebrating Jimmy’s life will be held 11AM Saturday, January 11, 2020 at New Life Assembly of God in Fort Gibson with Pastor Lonnie Orman officiating. Karry Jordan, Jamie Clinton, Curt Daubs, Charles Wilson and Seth Anderson will serve as urn bearers The family of Jimmy Ross has entrusted his care, and cremation to Clifford D Garrett Family Funeral Home, Fort Gibson. 918-478-2555. Online condolences may be left at clifforddgarrettfamilyfh.com

The family of Jimmy Ross created this Life Tributes page to make it easy to share your memories.

Send flowers to the Ross family.