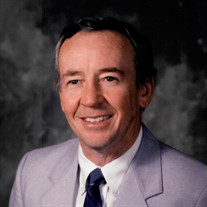 Larry Dale Corley, 77, of Fort Gibson, was born April 10, 1944 in Paris, AR to John and Blanche (Cravens) Corley and peacefully passed away Wednesday, July 14, 2021 at his home. He grew up in Coweta and later met and married the love of his life, Carol Sue Nichols on November 25, 1966 in Coweta. Larry was devoted to his family and gave them endless love and memories they will cherish forever. They shared 56 years, 7 months and 19 days of life, marriage and precious memories. He will always be remembered as a devoted husband and father who loved his family and friends unconditionally. Larry enlisted in the United States Navy in 1968 in Muskogee and was honorably discharged as a Lieutenant in Newport, RI in 1979. He continued his education receiving a Bachelor’s degree from Northeastern State University and a Masters’ degree from Tulsa University and Oklahoma State University in Stillwater. Larry was a Teacher and Administrator for many years. Teaching at Haskell Public Schools, before serving in the Navy. He also taught at Middletown, RI Public Schools, Coweta Public Schools as an Administrator/Teacher, Fort Gibson Public Schools as an Administrator/Teacher and also worked at ICTC in Muskogee. In 2006 he retired from his teaching career. Larry and Carol started a new career as owners and operators of an Antique Shop in Fort Gibson. He was a faithful member of the First Baptist Church in every city he lived in. Larry was a member of the Frank Gladd American Legion Post #20 in Fort Gibson. In Larry’s spare time he was a passionate fisherman, loved hunting, woodworking and enjoyed traveling. But most of all he loved spending time with family and friends. Larry is lovingly survived by his wife, Carol of the home; son, Joshua John Corley of Fort Gibson; granddaughter, Erin Rae Corley of Fort Gibson; brothers, Bruce Corley and wife Linda of Benbrook, TX and Bill Corley and wife Donna of Conroe, TX; sister, Charlotte Weir and husband Bob of Claremore, OK; brother in laws, Jim Nichols of Wagoner and Larry Wallace of Mannford, OK; brother in laws and sister in laws, Jane and Dane Fleming of Astor, FL and Buz and Trish Nichols of Mennard, TX; sister in laws, Polly Hogan of Coweta and Jo Ellen Corley of Coweta; many nieces, nephews and many friends. He was preceded in death by his parents; brother, Ken Corley; sister, Sharon Wallace; and sister-in-law, Barbara Nichols. Larry will lie in state from 12PM-7PM Wednesday, July 21, 2021 with family receiving friends 5PM-7PM, at Clifford D Garrett Family Funeral Home, Fort Gibson. A service Celebrating Larry’s life will be 11:00AM Thursday, July 22, 2021 at Fort Gibson First Baptist Church with Pastor Danny Gandara and Pastor Nate Capps officiating. Committal prayers and interment will follow at 2:00PM at Haskell Cemetery in Haskell, OK with Charlie Moore, Derek Hogan, Rome Nichols, Scott Corley, Jason Corley, Seth Corley and Mark Fleming serving as casket bearers. The family of Larry Dale Corley has entrusted his care, service and burial to Clifford D Garrett Family Funeral Home, Fort Gibson, OK. 918-478-2555. Online condolences may be left for the family at clifforddgarrettfamilyfh.com

Larry Dale Corley, 77, of Fort Gibson, was born April 10, 1944 in Paris, AR to John and Blanche (Cravens) Corley and peacefully passed away Wednesday, July 14, 2021 at his home. He grew up in Coweta and later met and married the love of his... View Obituary & Service Information

The family of Larry Dale Corley created this Life Tributes page to make it easy to share your memories.

Send flowers to the Corley family.