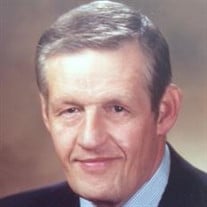 Lloyd C. Keaton, 79, of Tulsa, OK was born July 11, 1936 in Muskogee, OK to R.L. (Boots) and Reba (Wilson) Keaton and passed away Friday, January 22, 2016 in Tulsa, OK. Lloyd grew up in Muskogee where he attended school, playing football in Junior High and High School. He continued his education at the University of Oklahoma. While at OU, Lloyd played one year of football and was the Captain of the Air Force ROTC rifle team. Lloyd completed his Bachelor of Arts in Education and Master of Education from Northeastern State University in Tahlequah, OK. Lloyd met, fell in love with and later married his wife of 55 years, Ms. Anna Kaye Rhyne on September 30, 1960. Together they made their home in Tulsa, OK. Lloyd loved OU football having been a season ticket holder for many years, and had the opportunity to attend the Orange Bowl when his beloved Sooners were playing. He had a passion for flying. He received his pilot’s license and enjoyed flying for many years. Later in life Lloyd started building and flying radio control planes. Lloyd’s first career was with Tapecoat Co, where he was a sales representative. A job that allowed him to travel extensively. His second career was closer to home. Lloyd worked as a principal for the Coweta Public Schools, retiring in 2000 after twenty-five years. Lloyd made many good friends while active in the Tulsa Glue Dobbers, Turf Flyers, Sam 93 Old Timers Club, EAA Vintage Aircraft Association and a member of the Tulsa Gun Club. Lloyd leaves behind to cherish his memory, his wife; Anna Kaye of the home, sister; Deborah Whitman and her husband Todd of Muskogee, OK, brother and sister in law; Don and Melody Rhyne of Fort Gibson, OK, nephew; Derek Whitman of Muskogee, OK, along with many friends. Lloyd was preceded in death by his parents and a brother Mark K. Keaton. A private family service will be held at a later date. The family of Lloyd C. Keaton has entrusted his services and cremation to Clifford D Garrett Family Funeral Home and Cremation Service 1224 E Poplar/PO Box 1973 Fort Gibson, OK 918-478-2555. Online condolences may be left at clifforddgarrettfamilyfh.com

Lloyd C. Keaton, 79, of Tulsa, OK was born July 11, 1936 in Muskogee, OK to R.L. (Boots) and Reba (Wilson) Keaton and passed away Friday, January 22, 2016 in Tulsa, OK. Lloyd grew up in Muskogee where he attended school, playing football in... View Obituary & Service Information

The family of Lloyd C Keaton created this Life Tributes page to make it easy to share your memories.

Send flowers to the Keaton family.