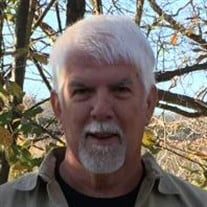 Mark Alan Smith, 59, of Fort Gibson, was born December 29, 1956 in Lawton, OK and passed from this life at 6:00 AM Saturday morning June 4, 2016 in Tulsa with his family by his side. Mark grew up in Fort Gibson where he graduated school. He was a self-employed truck driver. He drove a new Kenworth rig in his favorite color red. Mark’s rig had all the comforts of home. In his thirty plus years of driving, he saw about every state. Mark’s favorite state besides Oklahoma was Colorado with all its mountains, trees and fresh air. He enjoyed his job and where it had taken him. He always said he wanted to retire in Fort Gibson with its abundant fishing places. Mark was preceded in death by his grandparents, Sam and Lula McLain. Those left to cherish his memory are his parents, Bill and Nancy Smith of Fort Gibson, OK; brother, Gary Smith and wife Frances of Muskogee, OK; sister, Diane Woodard of Fort Gibson, OK; sister, Sheryl Miller and husband Casto of Fort Gibson, OK; brother, Steven Walker and wife Tammy of Broken Arrow, OK; Mark's family in Weatherford, OK where he resided for thirty years; former wife, Jana Smith; sons, Keagan Smith and Joseph Smith; daughters, Kaylie Smith and Amy (Smith) Rhyne; son-in-law, Philip White and grandchildren, Emilee, Olivia and baby Ava along with nieces, nephews, cousins and many friends. Viewing for Mark will be held Tuesday, June 7, 2016, 9AM-7PM with family receiving friends 5PM-7PM at Clifford D Garrett Family Funeral Home in Fort Gibson. Funeral services celebrating the life of Mark will be 10:00AM Wednesday, June 8, 2016 in the First United Methodist Church in Fort Gibson with Reverend Barry Collins officiating. Committal prayers and interment will follow in the Citizens Cemetery with Jason Miller, Bryan Woodard, Mitch Woodard, Nathan Parker, Cliff West and Casto Miller serving as pallbearers. Honorary pallbearers are Gary Smith, David Smith and Steven Walker. The family of Mark Alan Smith has entrusted his services and burial to Clifford D Garrett Family Funeral Home and Cremation Service 1224 E Poplar/PO Box 1973 Fort Gibson, OK 918-478-2555 Online condolences may be left at clifforddgarrettfamilyfh.com

Mark Alan Smith, 59, of Fort Gibson, was born December 29, 1956 in Lawton, OK and passed from this life at 6:00 AM Saturday morning June 4, 2016 in Tulsa with his family by his side. Mark grew up in Fort Gibson where he graduated school. He... View Obituary & Service Information

The family of Mark Alan Smith created this Life Tributes page to make it easy to share your memories.