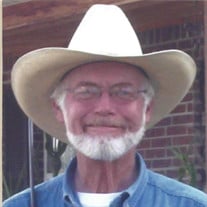 Robert Lee “Bob” Barker, 78, of Muskogee, OK was born May 23, 1943 in Muskogee to Fred A. and Betty Sue Barker and peacefully passed away Tuesday, June 8, 2021 at his home. After graduating high school, Bob enlisted in the United States Navy on April 10, 1964 in San Diego, CA. He served aboard the USS Kitty Hawk and the USS Ticonderoga in Vietnam as an Aviation Jet Mechanic. Bob received an Honorable Discharge on January 15, 1970 as an E6, First Class Petty Officer. After serving his country, Bob had a flat track motorcycle that he raced all over the country for several years. He worked for the United States Postal Service in Muskogee as a Mailman. During Bob's postal career, he represented the local post office as a delegate to the National Convention several times. He met and married the love of his life, Doris Adamson, in August of 1984 in Las Vegas, Nevada. Bob retired from USPS in 1995 after 30 years of faithful service. Not one to sit still, Bob owned and operated a dump truck and backhoe service. He enjoyed playing the mandolin with Mel Howell in their Bluegrass band "HWY 80". They performed all over the surrounding areas from Tulsa to Lake Tenkiller. Bob loved to be outdoors working, spending time with his family, and watching NASCAR every Sunday with his stinker (granddaughter), Leslie. Bob was a beloved husband, dad, and grandfather and will be greatly missed by all who knew him. Those left to cherish Bob’s memory are his wife, Doris of the home; daughter, Kim Ann Maples of Muskogee, OK; sons, William David O’Neal, Jr. and Michael Dean Barker, both of Muskogee; granddaughters, Leslie Martin of Tulsa, OK; Brittni Washington and Kirstey Washington, both of Muskogee; and Amanda O’Neal of Muskogee; grandson, Greyson O’Neal of Muskogee; great-granddaughters, Madison Walker of Broken Arrow, OK; Akela Steele and Jaedin Steele, both of Tulsa, OK; and great-great-granddaughter, Josie Daulton of Broken Arrow, OK. A service celebrating Bob’s life will be 10AM Thursday, June 17, 2021 at Fort Gibson National Cemetery in Fort Gibson, with full military honors. The family of Robert Lee “Bob” Barker has entrusted his care, cremation and service to Clifford D Garrett Family Funeral Home in Fort Gibson. 918-478-2555. Online condolences may be left for the family at clifforddgarrettfamilyfh.com

The family of Robert Lee 'Bob' Barker created this Life Tributes page to make it easy to share your memories.

Send flowers to the Barker family.