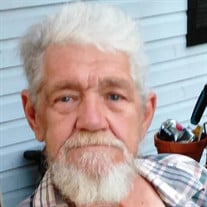 Robert Gene “Bob” Couch, 76, of Muskogee, OK was born February 17, 1946, in Lexington, Kentucky to Donald and Dixie (Bowman) Couch and peacefully passed away, Saturday, June 4, 2022, in Muskogee. Bob was the youngest of five children. He married his best friend and the love of his life, Sandra (Sue) Miller, and together they had three children, Robert Couch, Jr. of Owasso, OK, Patty Heaton, of Bell Gardens, CA and Debora (Couch) Paden of Muskogee, OK. They were married for 44 years until the time of her passing in 2011. Robert was a welder by trade until the family moved back to Muskogee, from Bell Gardens, California in 1982. He was then employed at Muskogee Iron Works and American Foundry Group. Bob then attended truck driving school and found his passion for over the road trucking from which he retired in 2009. He was employed with Paul Trucking at the time of his retirement. He is lovingly survived by his children; grandchildren, Heather, of Muskogee, Josh, Samantha and Brittney of California, EJ, Nathan and Chansie of Muskogee; and three great grandchildren, extended family and many friends. A Memorial Service will be 1:00PM, Thursday, June 23, 2022, at Clifford D Garrett Family Funeral Home Chapel in Fort Gibson with Brother Justin Kinman officiating. The family of Robert Gene Couch has entrusted his cremation and service to Clifford D Garrett Family Funeral Home, Fort Gibson. 918-478-2555. Online condolences may be left for the family at clifforddgarrettfamilyfh.com

The family of Robert Gene Couch, Sr. created this Life Tributes page to make it easy to share your memories.

Send flowers to the Couch, family.